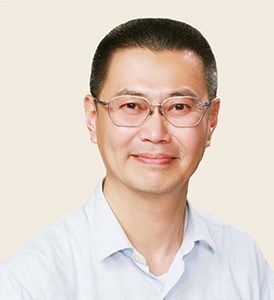 Cryo-EM has been emerging a powerful tool for structural determination of macromolecules to atomic resolution, which hinges on breakthrough of direct detection camera, microscopy automation, and algorithm that can deal with heterogeneity. There have been several cases of protein machineries whose structures not amenable to X-ray crystallography were recently determined by single particle cryo-EM. Here, we are using cryo-EM to visit RNA polymerase, whose atomic structure has been solved by X-ray crystallography, to understand its structural behavior outside the context of crystals. The initial efforts appear to be encouraging as we were able to sort out the mixture of conformations of RNA polymerase trapped in vitreous ice and recorded by cryo-EM and further analyze them in quantitative terms. In this talk, I will present our results and discuss the issue as to how many discrete states there are, which is a central issue to biology and may pose a fundamental limitation on the resolution attainable by single-particle cryo-EM.